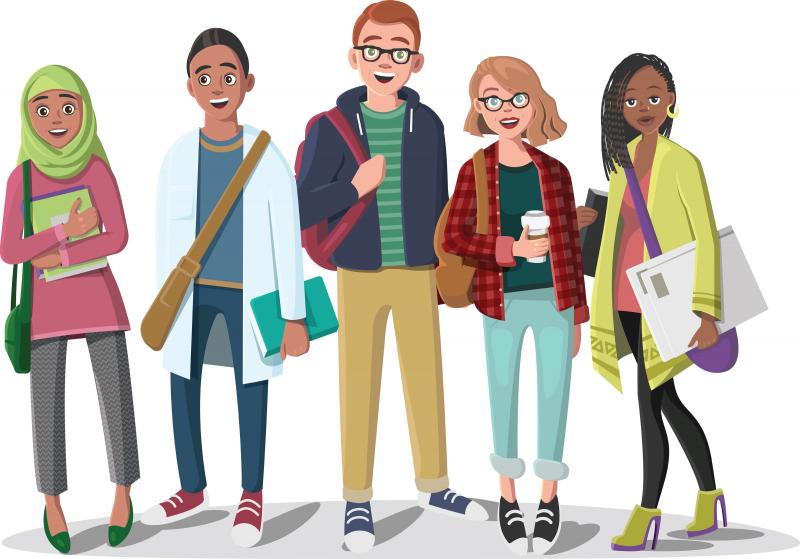 Are you teaching a lesson on the different parts of speech in the English language? Need a refresher before an English, ESL, or creative writing course? You’re in luck! This post reviews the nine word classes or parts of speech in detail. Just keep reading.

What are word classes?

In the English language, words are categorized based on their function. These categories are called word classes or parts of speech. There are four major word classes in English grammar, which include verbs, nouns, adjectives, and adverbs. Additionally, there are five other word classes that can be used to describe the functionality of a word. Those other parts of speech include determiners, prepositions, interjections, conjunctions, and pronouns.

Understanding the nine parts of speech can help students think critically about text, analyze sentence structure and write dynamic sentences of their own. So, whenever a student doesn’t understand a part of speech, share an example from the following list.

Nouns are one of the main word classes. Nouns include words for people, places, or objects. Sometimes, nouns describe physical objects or people (i.e. chair, father, vase). In those cases, you’re working with concrete nouns. However, nouns aren’t always tangible. In other instances, you may encounter an abstract noun, which is used to describe a non-tangible thing such as love or jealousy.

Additionally, there are collective nouns which can be used to identify a group of people (i.e. union, family, band, club) and possessive nouns which are nouns that expresses ownership. Then there are proper nouns as well, which are names for specific people, geographic locations or objects, like Uganda, Thomas, or Bandaid for instance.

Possessive Noun Phrases: That bag is mine. The cat is hers. His shirt is cool.

Verbs are words that indicate an action or state of being. Like nouns, verbs can be broken down into subcategories. When we discuss verbs as a word class, lexical verbs are the words that usually come to mind. The lexical category of verbs include action or state words such as jump, want, touch, and walk. However there are auxiliary verbs as well (i.e. be, is, has, do). Those verbs support the main verb in phrase, helping it to express its intended grammatical meaning

He walked to the grocery store after school.

Auxiliary Verbs: Was, Will, Had, Might, Could, Would, May

He was jumping on the bed when he broke his leg.

Within a sentence, adjectives are words that can be used to describe a feature, attribute, or state of being of the noun that’s present.

The beautiful woman wore a vibrant dress to the party.

Adverbs are words that describe verbs, offering additional context for when, where, and how an action is performed. Additionally, adverbs can be used to modify adjectives.

Yesterday, Thomas found a kitten. He petted it gently before searching for its owner.

Determiners help clarify information about nouns, this can include details about the geographical local or quantity of the noun. Like nouns, pronouns, and verbs; this word class has many subcategories including articles, demonstrative pronouns, quantifiers, and cardinal numbers, ordinal numbers and difference words.

Articles: The, A, An

Demonstrative Pronouns: These, Those

Quantifiers: Few, Many, Most

Difference Words: Another, Other

The second boutique we visited had a better clothing selection than the other.

Many people bought tickets to the concert.

A preposition or prepositional phrase can be used to express the relationship between words.

Near, Through, Between, Underneath, Within

The train travelled through the tunnel rapidly.

Oops! I spilled my coffee.

Correlative conjunctions are words that work in pairs to connect words, phrases and clauses.

Coordinating conjunctions are words that connect independent clauses together.

Coordinating Conjunctions: But, Yet, So, And

Subordinating Conjunctions: Because, While, When, If, Because

Within a sentence, pronouns can be used to take the place of noun or noun phrase. The pronoun refers back to the concrete noun, collective noun, or proper noun that was previously stated. This is a dynamic word class that can include personal pronouns, possessive pronouns, demonstrative pronouns, indefinite or relative pronouns.

Personal Pronouns: She, He, They, It

Possessive Pronouns: Hers, His, Theirs, Mine, Ours

Reflexive Pronouns: Herself, Himself, Myself, Ourselves, Themselves

Indefinite Pronouns: Everyone, Anyone, Somebody, Everybody, Something

Relative Pronouns: What, Who, Which, That

6 Benefits Of A Flipped Classroom Model

Do you teach English as a second language? Whether you’re an instructor engaging in online teaching…
Read more

Are you teaching your class about the water cycle? Searching for water-related words or ways to…
Read more